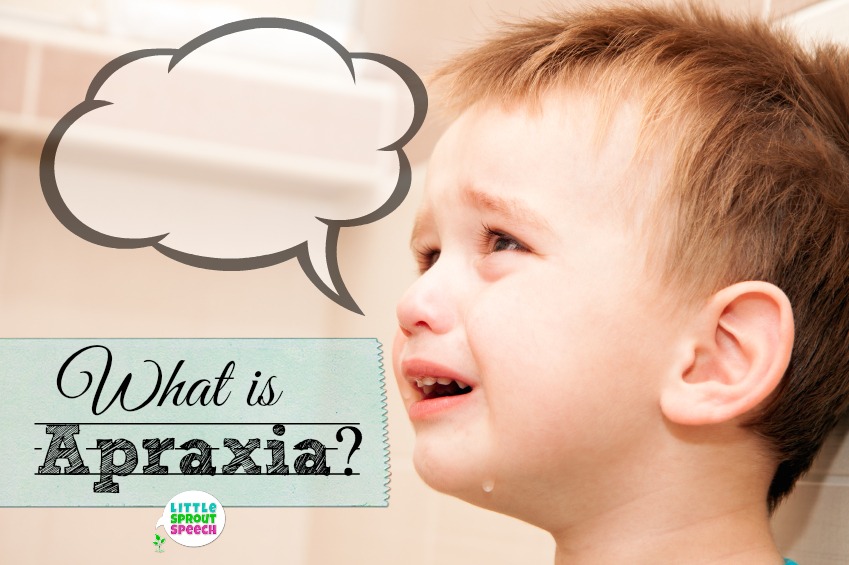 What is Childhood Apraxia of Speech?

I recently spoke at a local support group for moms of children with special needs. I noticed a trend where many questions and discussions tied back to the topic of Childhood Apraxia of Speech (CAS). The one commonality between many of the moms was the confusion about how to define CAS and why different children in the group were receiving different treatment approaches. Let’s discuss and clear up some confusion!

What CAS is NOT: It is NOT…weakness, paralysis, stuttering, indicative of a low IQ or language skills.

What does it look like and how is it treated? Again, this differs from child to child. And the differences can be significant. Here are four very REAL and very different cases that I have personally treated. Note: treatment can be a lengthy discussion and no one treatment is best for every child so this briefly mentions the treatment used in these particular cases but does not go into details.

Case #1 is a 3-year-old who had the intonation pattern of an adult but who replaced all initial sounds in words with “d.” So “let’s go play” sounded like “duh doh day” and “I love my mommy” sounded like “die doh die dah-dee.” This is how people will typically describe apraxia (sound substitutions, distortions, trouble producing vowels) and when it looks like this you can take a traditional approach to treating CAS (to be carried out by a Speech Language Pathologist); however, most cases of CAS do not look like this case.

Case #2 is a 16-month-old who never babbled or produced speech sounds. His oldest brother had CAS, so therapy for this little guy started early. He also struggled with imitating movements with his limbs (e.g., banging a drum, clapping his hands, stomping his feet) so we first taught him to imitate with his limbs before he was able to imitate with his mouth. I share this so you are aware that it can show up outside of the mouth and often does! Some children also struggle with movements needed for eating (but in this specific case that was not a problem).

Case #3 is a 4-year-old who was non-verbal and only communicated 3 things when I met him. One finger shown meant he was “hungry”, 2 fingers meant “thirsty”, 3 fingers meant “home”. The most wonderful part was once we were able to get him on a voice output device (VOD) he was putting 2-3 word phrases together and solving simple addition and subtraction problems using his snack items as manipulatives and his VOD as his voice. This is particularly why I mentioned CAS is not indicative of a child’s language skills or IQ. This child was brilliant but had no way of communicating that until he was given an alternative means of communication (e.g., a high-tech device that spoke for him when he selected the appropriate buttons on the touch screen).

Case #4 is a 2.5-year-old who had a limited number of words and pointed to items when attempting to label objects and/or comment. Initially, he was only understood about 30% of the time by familiar listeners. This child was particularly frustrated at both home and preschool as he lacked a sense of control over his little world. This is very common in children who have average or above average intelligence and receptive language skills but cannot communicate their wants and needs. We created low-tech communication supports (e.g., a picture chart for quick go-to items he often requested and a communication book where he could point to how he was feeling, items to request at snack and toy time, etc) and started giving him adult-directed choices to give this guy a sense of control over his world. As a result, his confidence increased and he became willing to take risks with his verbal productions, adding more and more words to his vocabulary each week.

While these children all shared the diagnosis of CAS, they all present very differently and all required a different approach to treatment to help them maximize their skills and desired outcomes. It is my professional opinion that this is why there is so much confusion surrounding CAS and it is my hope that this helps to clear up that confusion for you!

One thought on “What is Childhood Apraxia of Speech?”